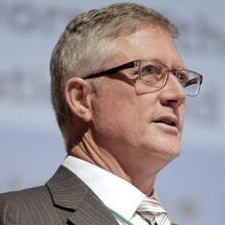 Anton’s friends and colleagues have been devastated by his untimely death at the age of 57 whilst travelling through Africa, more particularly Zambia, after he was bitten by a Mamba.

We express our sincere condolences to his wife Catherine and the family and will keep them in our thoughts during this very trying time.

Apart from serving as a judge of the labour court Anton was also a contributing author to a number of legal publications, including

Judgments in the labour court

Having done a quick survey of his time on the labour court bench it is possible to report that he will be remembered also for the enormous contribution he has made to the development of the law concerning the World of Work.

He acted as a judge in the labour court a few times before 2010 and then permanently from 2010 until his untimely death.

According to my reckoning he delivered 435 judgments, averaging about 50 judgments a year during the period 2011 – 2017, which must be some sort of record. Somewhat surprising is that 54% of his judgments have not been reported.

It was only in about 2015 that important judgments, both unreported and reported, were included in GilesFiles and I am pleased to record that 105 of Anton’s judgments have been included on GilesFiles under the name of Anton Steenkamp.  50% of those judgments remain unreported and should be of particular interest.

About 10% of his judgments were taken on appeal and half of them were upheld and half overturned on appeal.

He was renowned for dealing with matters quickly in court and for the speed with which he delivered his judgments.

He will be sorely missed!