Need to learn from African neighbours

Not many South Africans have had the good fortune to travel in the rest of Africa.   In my youth I lived in Namibia and Zambia and also travelled by motor vehicle for four weeks through the Congo, Kenya, Uganda and Tanzania in 1957 – see photo below.   Despite being an economic leader South Africans have much to learn from our fellow Africans, as this important article points out. 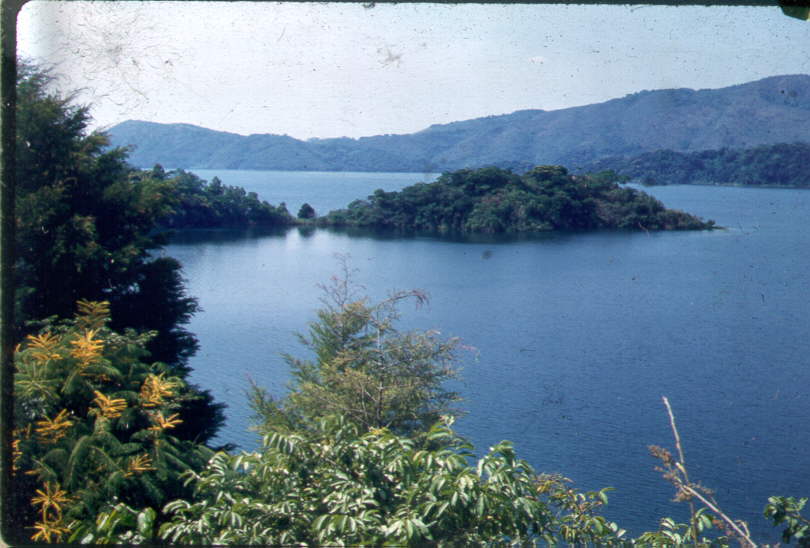 Lake Kivu in the Congo

Ivor Ichikowitz is the executive chairman of defence and aerospace company Paramount Group and founder of the Ichikowitz Family Foundation and his article Lessons for SA in growth elsewhere in Africa first appeared in Business Day and BDlive today.

Courtesy of Business Day here are a few random extracts but the entire article should be read by clicking on the links.

IT IS no secret that African manufacturing output has roughly doubled in the past 10 years and that Africa could be on the brink of an economic take-off, much like China was 30 years ago, according to the World Bank.   The bigotry of low expectations is fading away and a new expectation of African creativity and technical prowess is gaining hold across the world.

What’s less well known is the effect innovation and development in other African economies are having on SA’s entrepreneurs, workers and policy makers.   I am constantly travelling across Africa, meeting everyone from factory workers to CEs, and what is remarkable is how much we South Africans can learn from them.   For too long we have held a bigotry of our own: we have looked to Asia and the West for the best ideas and viewed them as our natural competitors, as opposed to our African neighbours.

Nothing could be further from the truth: moving across the continent, I am struck by the creativity, vigour and sheer ambition of Africa’s growing middle class.

Africa’s demographic trends are also extremely positive.   By 2035, its labour force will be bigger than any individual country in the world.   Nigeria and Ethiopia will add a total of 30-million workers by 2020, while SA is expected to add 2-million.   As opposed to western economies, which are struggling with an ageing population, a younger population gives Africa a huge boost, especially in the form of reduced entitlement spending.

A more developed manufacturing base is also likely to reduce the costs of some products that are currently cheaper to import from China than Africa.   The boom is waiting to happen: Africans already spend more each on goods and services than Indians, according to some reports.

However, it’s not just manufacturing at which Africa is excelling and challenging SA.   The Economist recently named Nairobi an “African tech hub” because of hundreds of start-ups in the past few years — quite an achievement given that the magazine labelled Africa “the hopeless continent” a decade ago.   Kenya’s exports of technology-related services have risen from $16m in 2002 to $360m in 2010.   It is also a world leader in mobile payments — far ahead of China and India.

SA can also learn a lot from some of Africa’s creative industries, such as the Nigerian movie industry, which has overtaken SA’s to become the strongest in Africa.   The Nigerian movie industry — known as “Nollywood” — is now worth $500m and produces more films than Hollywood every year.   The films may not be international blockbusters, but they have huge appeal across Nigeria and the rest of Africa and prove that Africans have the creativity to compete in non-traditional industries.

This innovation across Africa is having an effect on SA in two ways.   Most obviously, it’s an opportunity for us to export our products and knowledge and generally expand trade with other African nations, which in turn will generate jobs for the youth of our country.

We are not in competition with the rest of Africa, but we can learn from each other, which is why it is essential that we share technologies and collaborate to build strong regional industries that bolster intra-African trade.   In the past I have called for the creation of a pan-African Brics as a way of achieving greater collaboration and working towards our collective economic interests.

Despite the growing confidence of our neighbours, SA is still an economic leader, coming up with ground-breaking ideas that challenge conventional thinking.   But we mustn’t get complacent, which is why learning from our African neighbours, and adopting a more mature concept of the competition we will face from them, will ultimately enable SA to remain the economic leader.