Given what has been happening in South Africa recently it may be worthwhile to give some thought to the Dunning-Kruger effect that is enjoying a great deal of worldwide attention. 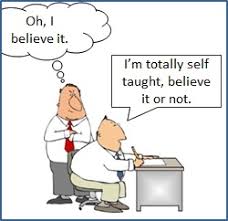 “the Dunning-Kruger effect (also known as Mount Stupid[1] or Smug Snake[2]), named after David Dunning and Justin Kruger of Cornell University, occurs where people fail to adequately assess their level of competence — or specifically, their incompetence — at a task and thus consider themselves much more competent than everyone else. This lack of awareness is attributed to their lower level of competence robbing them of the ability to critically analyse their performance, leading to a significant overestimation of themselves. In simple words it’s ‘people who are too ignorant to know how ignorant they are’.

The inverse also applies: the unusually competent people tend to underestimate their ability compared to others; this is known as impostor syndrome.”

What Is the Dunning-Kruger Effect?

“The Dunning-Kruger effect is a type of cognitive bias in which people believe that they are smarter and more capable than they really are. Essentially, low ability people do not possess the skills needed to recognize their own incompetence. The combination of poor self-awareness and low cognitive ability leads them to overestimate their own capabilities.

The term lends a scientific name and explanation to a problem that many people immediately recognize—that fools are blind to their own foolishness. As Charles Darwin wrote in his book The Descent of Man, ‘Ignorance more frequently begets confidence than does knowledge’.”

Causes of the Dunning-Kruger Effect

“So what explains this psychological effect? Are some people simply too dense, to be blunt, to know how dim-witted they are? Dunning and Kruger suggest that this phenomenon stems from what they refer to as a ‘dual burden’.  People are not only incompetent; their incompetence robs them of the mental ability to realize just how inept they are.

Dunning has pointed out that the very knowledge and skills necessary to be good at a task are the exact same qualities that a person needs to recognize that they are not good at that task. So if a person lacks those abilities, they remain not only bad at that task, but ignorant to their own inability.

‘Unskilled and Unaware of It: How Difficulties in Recognising One’s Own Incompetence Lead to Inflated Self- Assessments’.

In the study, Dunning and Kruger state that the cognitive bias that ‘the miscalibration of the incompetent stems from an error about the self, whereas the miscalibration of the highly competent stems from an error about others’.  In other words, ‘a cognitive bias wherein people of low ability suffer from illusory superiority, mistakenly assessing their cognitive ability as greater than it is’.”

Just in case you thought that the Dunning- Kruger effect was revolutionary,